With no golf at Yea due to the races 9 men and 6 ladies went to Strathbogie on Saturday and joined their Stableford competition. Best of our men was Greg Clements with 38 points and the ladies Winner was our Doreen Lehmann with 45 points! An excellent arvo tea was supplied and) the course was … Read more 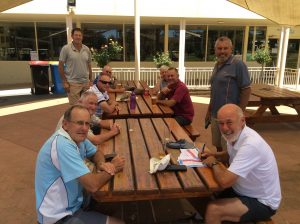 12 men played at Mooroopna GC on Tuesday for their end of year trip. The course had big fast greens and bunkers but the fairways were quite dry. So if you could avoid the tree lined areas it was easy? Winner of the Stableford comp was Steve Rumney(30) with 36 points from Michael Spagnolo(9) with … Read more 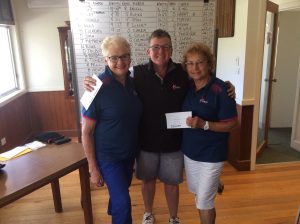 Saturday saw the first round of the Murrindindi Masters played at Royal Yea. 91 competitors from Marysville. Eildon, Alexandra and Yea were involved, with several Yea players having success. Overall Masters leaders were Yew-Leong Kuan for the men with 41 points and for the Ladies Sabrina Stow also with 41 points both from Marysville. Yea’s … Read more

Well Spring certainly turned to Summer in one foul swoop took a little to adjust but we managed. Our last but not least competition concluded for the year now we await for the famous Gender challenge to begin look out boys some of the girls are in mighty fine form! Wednesday we had our second … Read more

Yea Golf Club – Heat Policy Wednesdays… will remain the same – start at 8.30am (men) and 9.30 (ladies) and on a very hot day the start will be pushed back 1 hour Saturdays…if the day before (Friday) the prediction for the Saturday is for temperatures of 38 Degrees or more the start time will … Read more 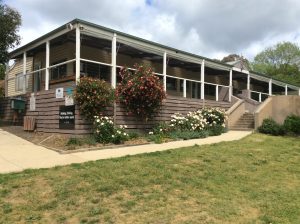 Transcript of an Address to the Golf Club by Tom Dignam. 22-11-98 Firstly I don’t want to bore you with statistics, etc. The President asked me if I knew anything about the beginnings of golf in Yea. I should, as I was living on this property when golf started here. Our house was near the … Read more