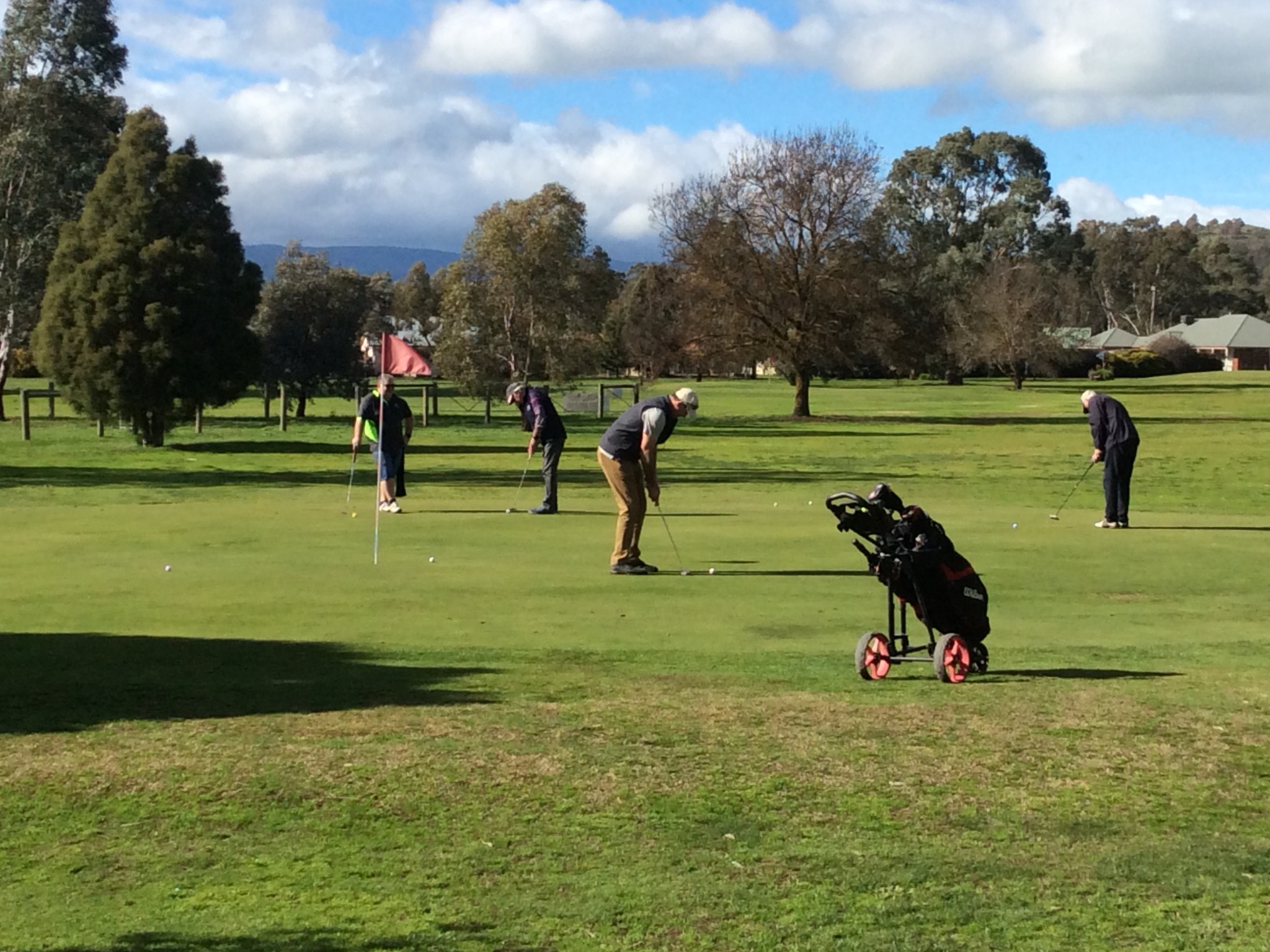 17 players contested the stroke and putting event on Saturday for the Monthly Medal. Winning on CB with nett 72 was Alan Pell(12) from Jonathon Fisher(14). Third was Michael Spagnolo(6) with 73 from fourth Rick Wills(9) 74 on CB from Trevor Connell(18). There was no NTP on the 14th. In the putting Michael Spagnolo beat Alan on CB with 28 putts. The Club Award was closely fought with Greg Clements winning by I shot from Wayne Rowe and Carl Maffei.

Michael Spagnolo beat Sam Wright in a quarter final of the Club Knockout on Saturday. He will move into the semi to be played next month.

Chooklotto was won by Sam Wright (chook) and the stubbie holder was won by Wayne Rowe. Wednesday’s Golf will start at 8:30 am for the Men with 4 Ball Event with a draw for partners.