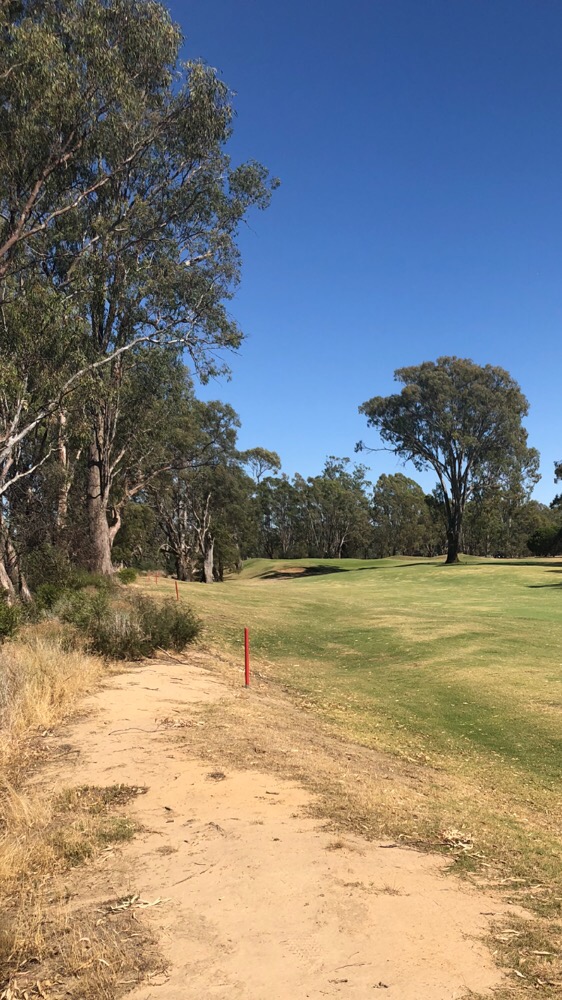 Wednesday saw some incredible golf at Yea and at Black Bull GC at Yarrawonga. Thirteen men played Stableford at Royal Yea with Neil Peterson(16) having 76 off the stick and an amazing 44 points to narrowly win from playing partner Peter Johnston(18) with 43 points! Third, normally a winning score with 42 points was David Ngo(21). Brian Priestly won the Club Award and the $10.

At Yarrawonga, eight men played the Murray Course at Yarrawonga GC on Tuesday with Jeff Moss(15) winning the individual Stableford with 33 points. Alan Pell(12) and John Phillips(19) won the 4 Ball with 39 points. Lachie Wischer was NTP. Wednesday saw the boys play the Black Bull GC at Silverwoods Yarrawonga and the winning player was Russell Wealands(25) on CB from Lachie Wischer(16) both with 39 points. Third was Mic Willis(13) with 38 points and he won the NTP. Incredibly in the 4 Ball, Lachie and Russ had 51 points!

Lachie Wischer won the two day trip trophy with 20 points across both individual Stableford and 4 Ball. Jeff Moss and Russell Wealands we’re equal second on 16, with Mick Willis third with 15.

No golf at Yea on the weekend due to the races but for any member interested we are going to Strathbogie on Saturday to play. Text names to Pelly and if you can, be there by 11:30am. Next Wednesday is our Xmas Breakup. 3 Person Ambrose. Make up a team or organise on the day. 8:00 for 8:30 hit off. Please bring a plate for lunch. More info on weekend.