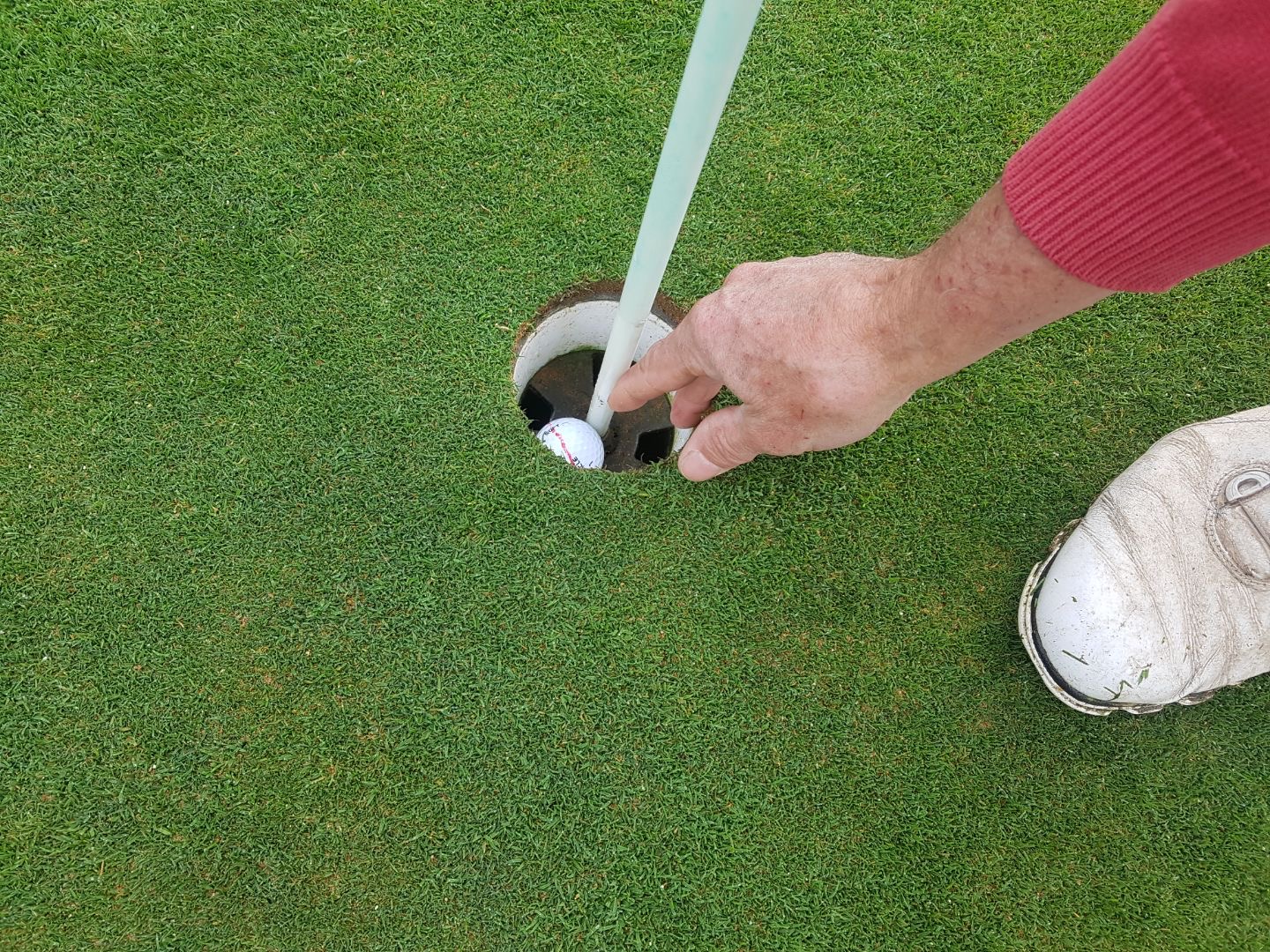 Wednesday saw five teams of two contest an Ambrose Event at Royal Yea. Highlight of the day was Bob Glenister holding out on the second 140m for the second time on that hole, He also did this eight years ago in 2011.

Winners of the Ambrose were Alan Pell(13) and John Anderson(36) with 74 off the stick nett 61 3/4. Welcome John to Mid-Week Golf. He certainly helped Alan by sinking a few putts in the round which included 4 birdies. Runner’s Up were Gary Pollard(10) and Martin Lowe(14) with 72 off the stick nett 66. Lucky Club Award Winners were David Ngo and Peter Johnston who took home $5 each. Guess who won NTP? He received a couple of golf balls for his great shot. Bob was a good sport and shouted a drink at the bar for all the boys!

Wednesday’s Ladies Golf and a stroke and putting round, saw Vicky Butler(34) win on CB from Jan Wealands(28) with a nett 70. Di Holdsworth won the putting with 26 putts. Last Sunday saw several of the Club Members construct the framework for the new Ladies Toilet behind the 7th green. Named as the “Bunker” by chief organiser Jeff Aurisch, many thanks go to Bill Dredge, John Tanner, Carl Maffei, Brian Simmons and Jeff, for their contributions so far on this project.

The course is looking good at the moment but hopefully the coming rain will be ideal for us all! Saturday sees the second round of the 54 Hole Event with a Par Round.