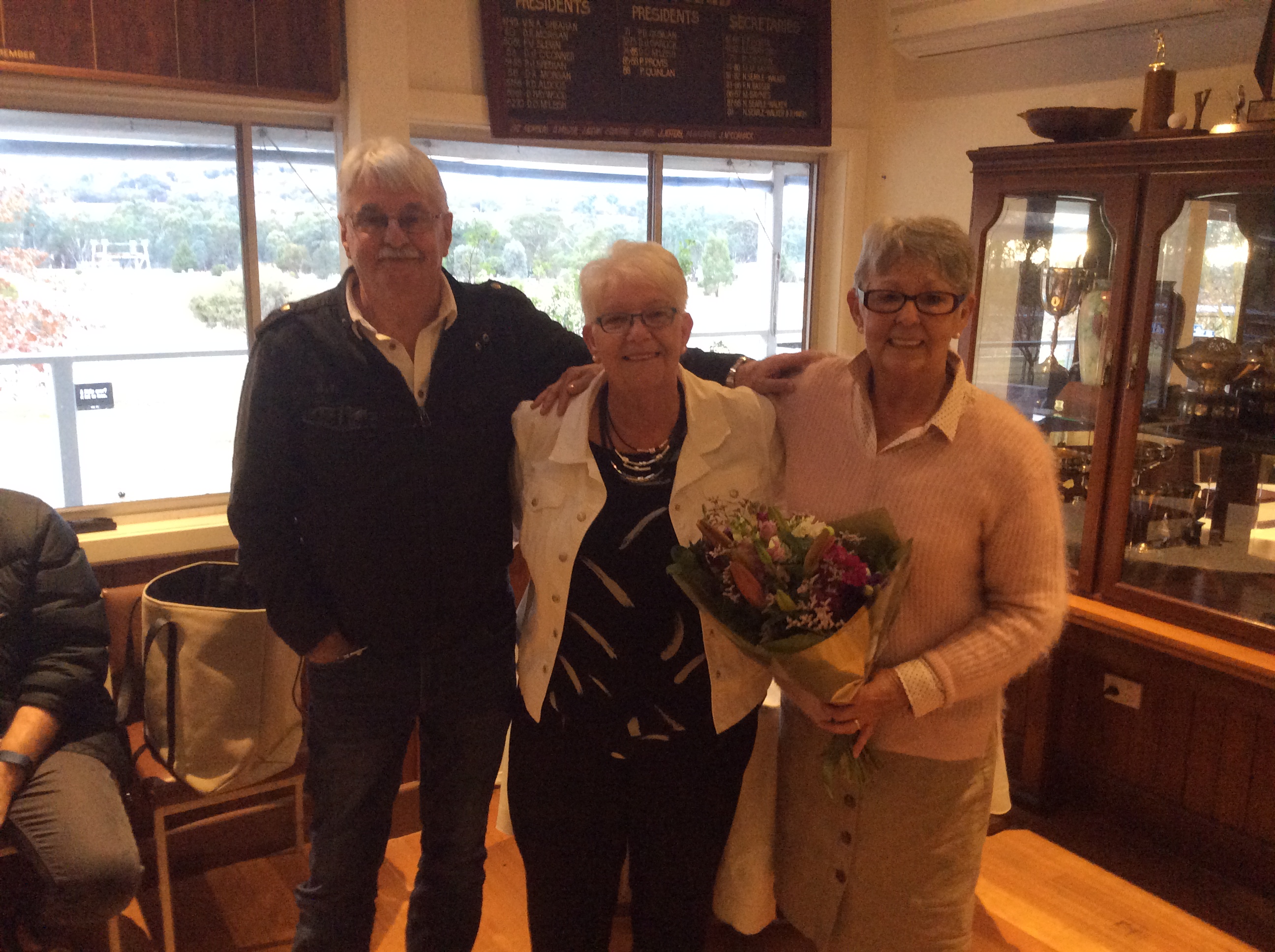 Saturday saw 12 mixed pairs compete in Canadian Foursomes for the Annual Baynes Memorial Day. Barb Fisher donates for the family to remember her parents who loved the game of golf. Neil Peterson and Marianne Peterson with a combined handicap of 27 won the day with a nett 67. Second were Michael Spagnolo and Di Elliott(17) with nett 69. The best scratch score went to Lorraine Callander and Gary Pollard with 84 off the stick. Michael Spagnolo and Margie Wright won the two NTP.

There were also ten men who participated in a stableford round with Graeme Bryant(22) winning with 38 points from second Carl Maffei(24) with 36 points. Neil Ross won the Club Award. Sunday saw the last round of men’s pennant played at Eildon. Our team of Wayne Rowe, Jeff Moss, Terry Chaplain, Sam Wright and Greg Clements lost going down 3-1. Terry and Sam halved their matches on the day. Many thanks to all players who participated for the club over the last month.

The preliminary round of the Club Knockout is over and the first round is due to be completed by the end of May. Below are the results so far.

It was tremendous to see so many people in the Clubrooms after golf to celebrate the Baynes Memorial Day.