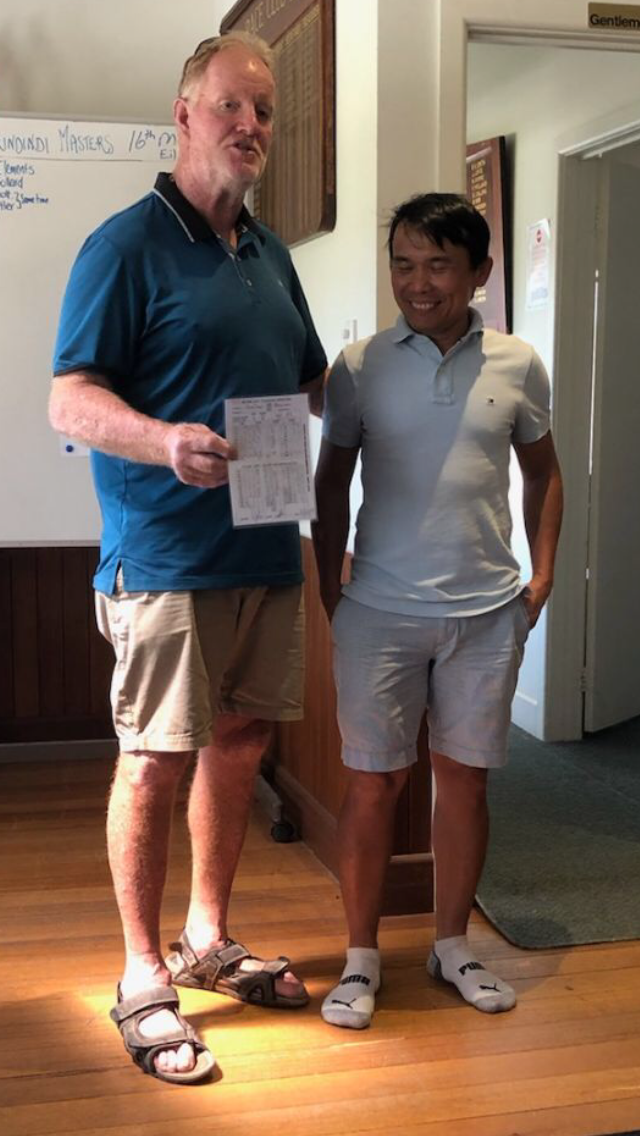 Wednesday saw a mixed event with individuals playing a stableford round for the Ann Baynes Memorial Trophy. This is in remembrance of our club member Adrianne Anglin’s mother who was a golfing advocate and enthusiast in Wanaka, New Zealand. This year the trophy was won by in form David Ngo(36) with an incredible 44 points. David received a laminated copy of his 43 points win from two weeks ago but now has a better card to have laminated.

Second on CB was Lady Captain Vicky Butler(35) from Adianne Anglin(16) and Jeff Aurisch(16) all on 38 with Vicki Clements(22) 5th with 37. NTP on the 18th was Graeme Bryant and the Club Award was a four way CB for 29 points going to Michael Spagnolo. Golf was followed by a two course lunch provided by the Ladies who came second this year in the Challenge.

Yea GC was also delighted to have Megan Carr from Golf Australia join us for both golf, a lovely Gender Lunch and a brief report on how we might encourage more female participants and golfers in general. She stated that the inclusiveness and good fellowship displayed by our Gender Challenge was something that many other clubs could take on.

This Saturday is the first round Stableford Event of the Barry Moore Trophy. Wednesday with rain predicted will be a stableford round for men teeing off at 8:30am. Thursday sees Veterans Golf being played at Euroa.