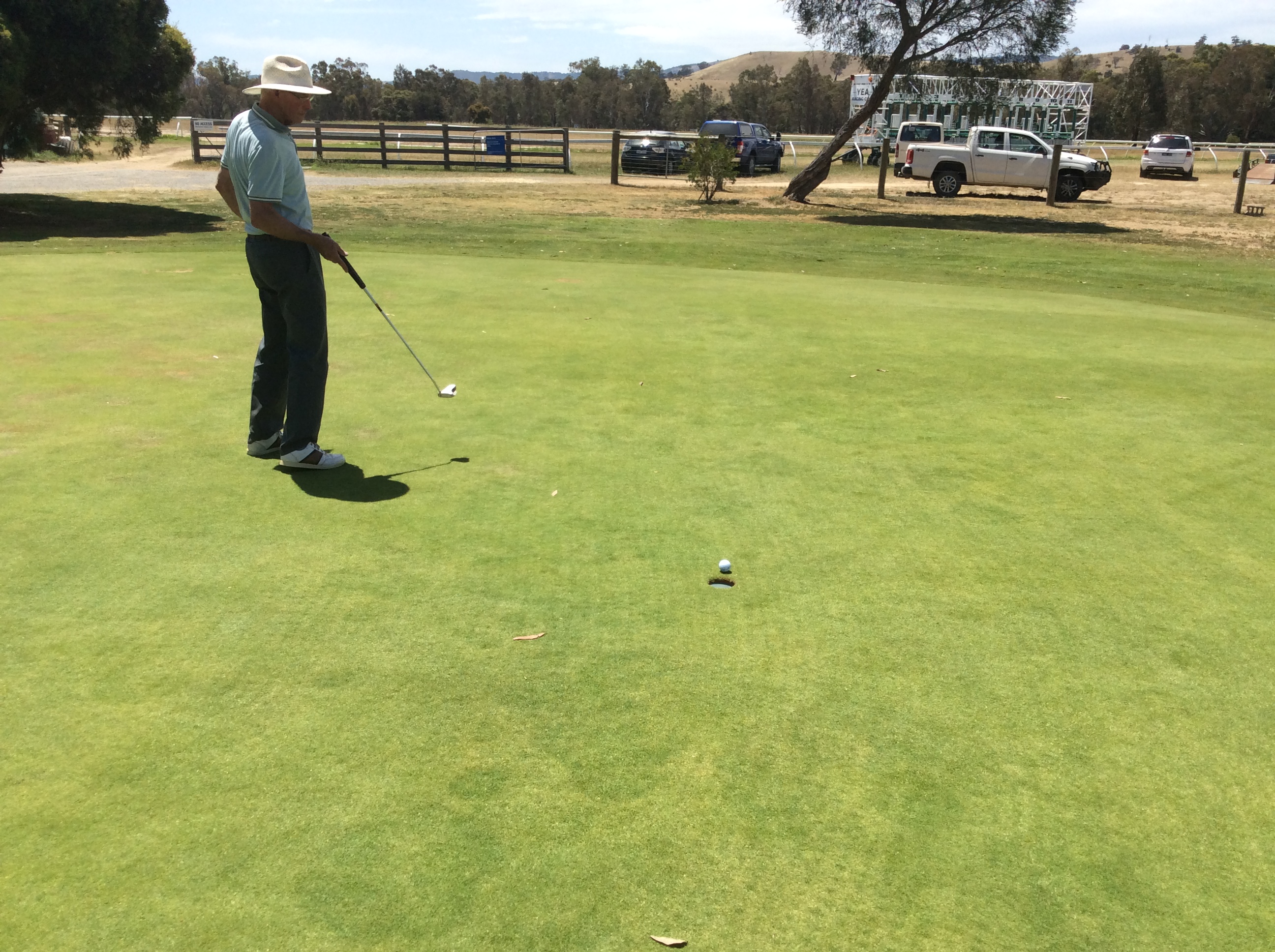 Saturday saw 92 golfers at Yea Golf Course for the second round of the Murrindindi Masters. Although the weather was hot, most players were able to finish their round by lunchtime. Many thanks goes to Norm Reddrop and the Foodworks Stores for their continued sponsorship of this event.

Yea had several winners with Rick Wills, Michael Spagnolo and Peter Keast all winning NTP’s. Di Elliot won the Ladies B Grade with Vicky Butler Runner-up. Ivor Brayley won the Mens C Grade and Terry Chaplin was also Runners-Up. The club held a successful raffle and together with drinks and entry fees received significant funds from this event.