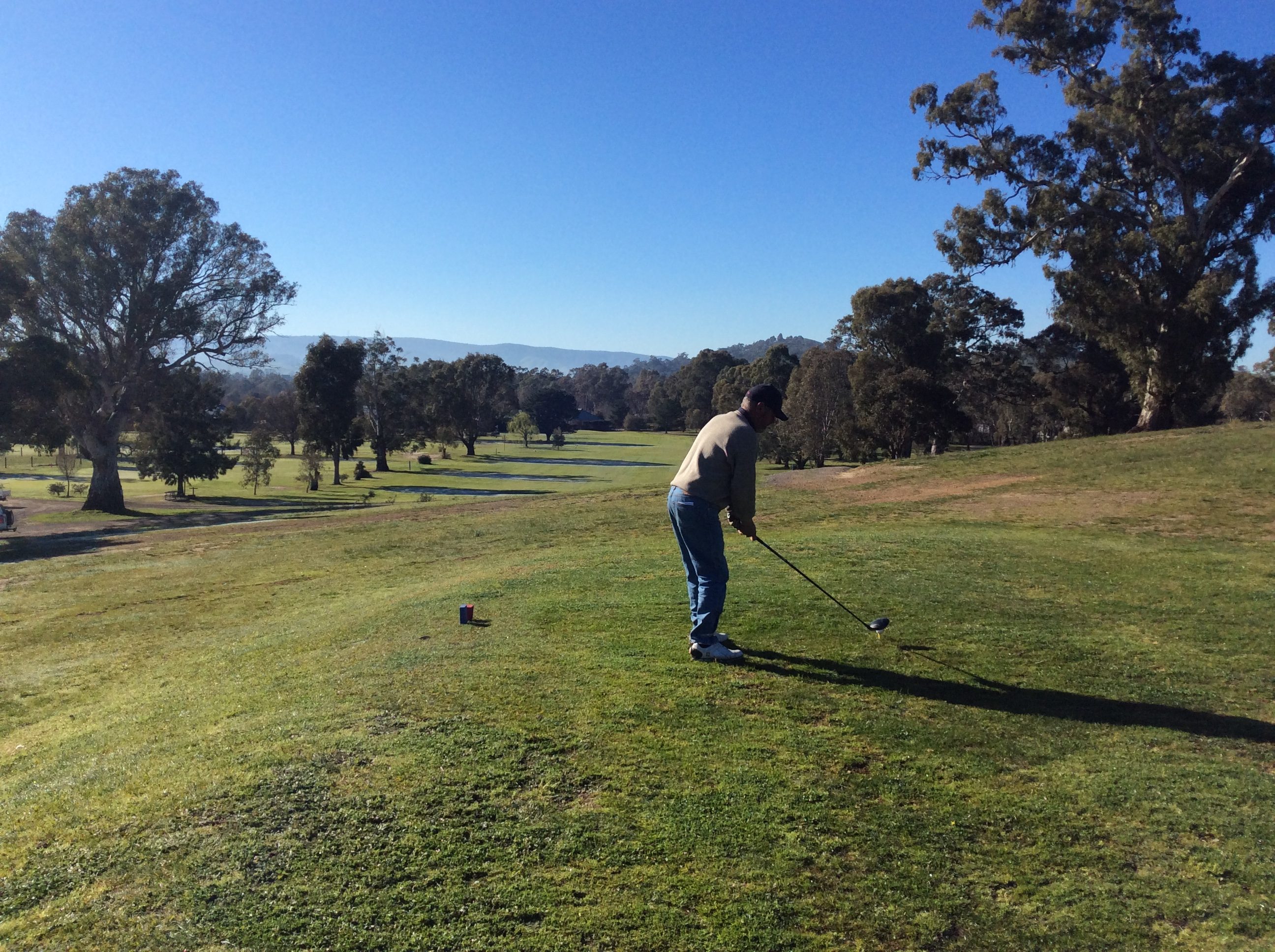 Despite the early morning frost in the shadows, Royal Yea looked a picture on Wednesday for the Two Person Ambrose event. In support of the Anti-Cancer Foundation, we had 13 pairs play.  Winners of the men’s pairs were Bob Glenister(10) and Alan Pell(13) with 67 off the stick, nett 62.25. Mixed Winners were Peter Johnston(16) and Di Holdsworth(24) with nett 64.  Runner’s Up on CB were Martin Lowe and Adrienne Anglin from Michel Spagnolo and Margie Wright both with 65.5.

Individual NTP for both men and women on the second were Jeff Aurisch and Di Holdsworth, with Alan Pell and Jan Wealands nearest on the 14th..

Choolotto draws were held after a scrumptious lunch after the golf.  $340 was raised towards our donation to the anti-cancer foundation. The Club has a big day Saturday with the Mary Walker Day being played at 12:00.  Players are again asked to bring a plate.  A men’s stableford competition will also be played.

More Photos of the day: