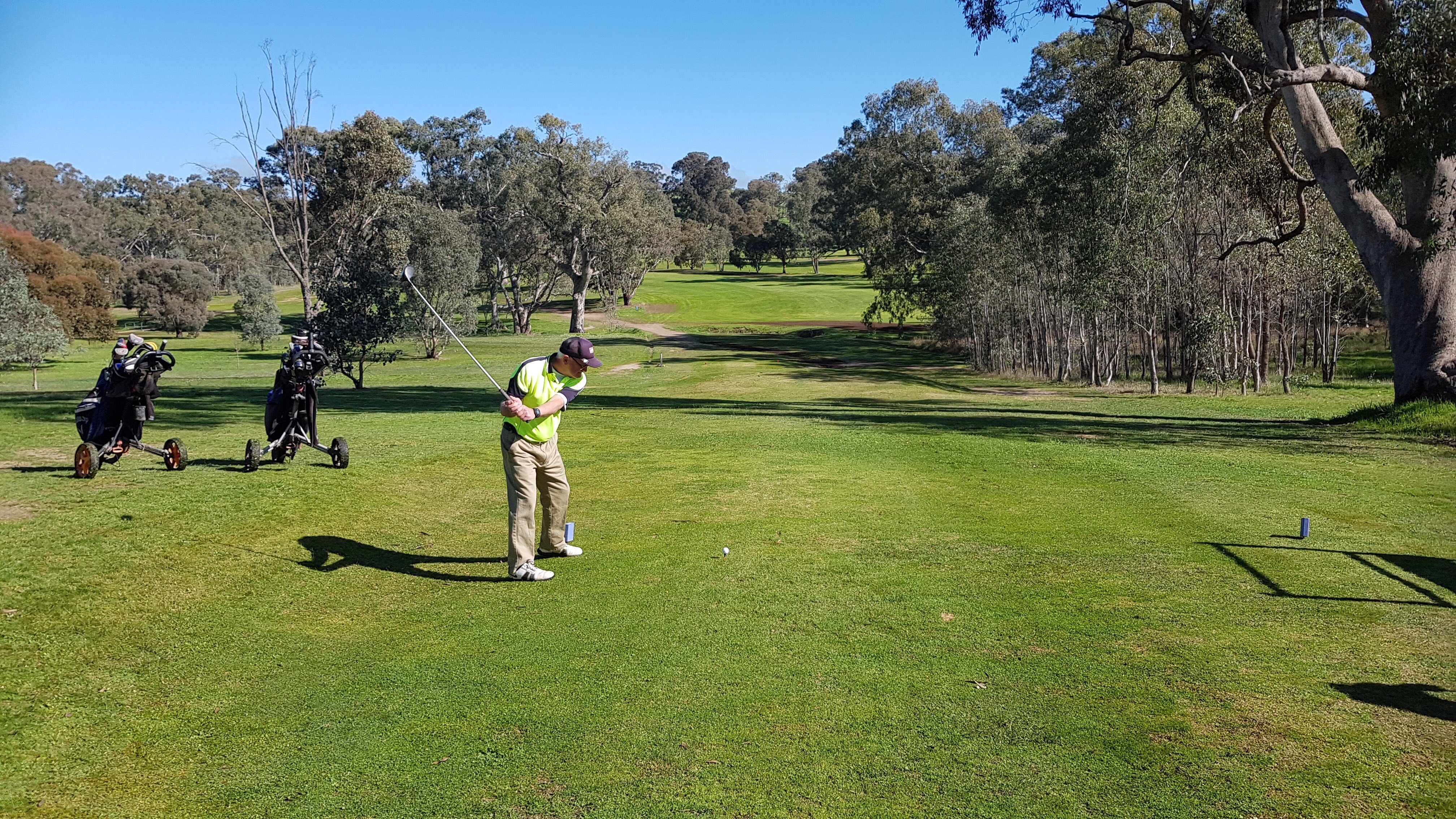 18 men ventured out on a typical Yea foggy morning to contest a Par 3 Event at Royal Yea on Wednesday. The fog eventually lifted and the sun appeared for a lovely spring day. Winner of the day was Jeff Aurisch with 41 points from second President Ivor Brayley with 39 points. Third on CB was Alan Pell with 37 from Mic Spagnolo fourth. NTP was David Ngo and John Anderson who is improving, won the Club Award on CB from Carl Maffei.

Reminder of our Mary Walker Canadian Foursomes on Saturday. 11:30 for a 12:00 shotgun start.